Hey, what happened to our weather???

I go away for a couple days, and the whole place just goes to _ _ _ _   What is going on around here???   Dark clouds, and rain most of the day today here in Desert Hot Springs… It is supposed to be sunny tomorrow… let’s hope so, Tom and Cheryl are flying in and may just turn around and go back to Ontario!

Being a bit Jet lagged, we took it easy today, just going into DHS over lunch to pick up some needed groceries, and a nice stop at Taco Bell to fill the furnace with some fuel!

Here are some items to get caught up on for you.  While I was flying all around the world yesterday, Judy got to go the Caliente Springs Annual Christmas Dinner, which is a pot luck.  They had the hall all decorated up with lots of people… 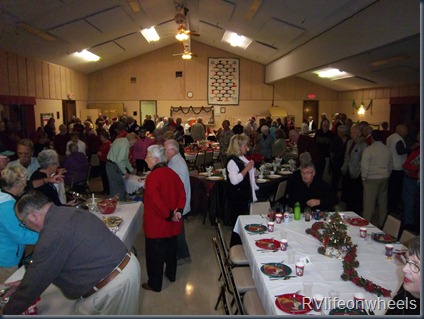 They brought in a Children’s Choir to entertain everyone, Judy said they were great!  No one went away hungry! 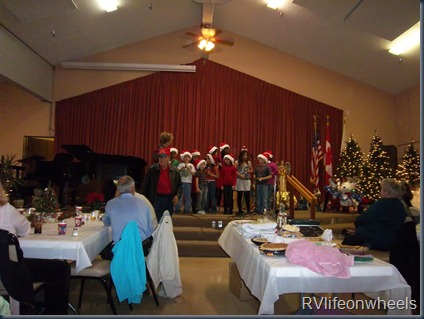 Here is some trick photography for you below, as I flew from Palm Springs into LA on Wednesday, I snapped a couple shots of Mount Gorgonio from my window seat on the turbo prop plane I was flying on… neat effect! 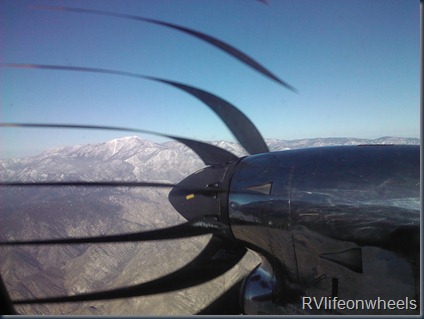 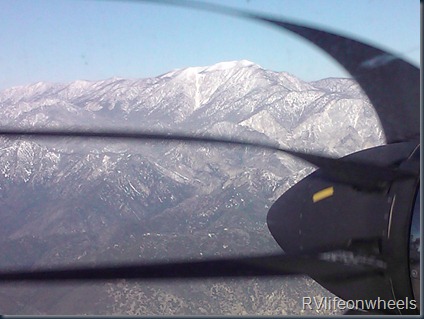 Below is a picture from my flight from LA to Chicago on a 757, at 38,000 feet.  It is the Salton Sea and part of the Coachella Valley where we stay, as I flew right over Palm Springs and DHS on my way to Chicago. 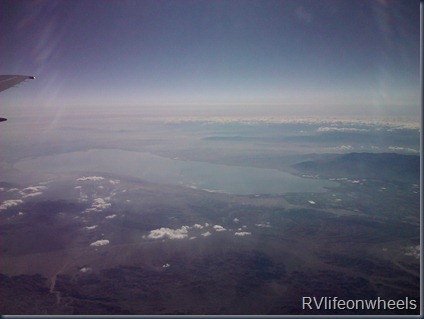 And now for the best part of the blog today, I received these pictures from Dr. Hollinger up in Ottawa today, of Emmie and Paige, who were out doing skating lessons in Ottawa today… these are off his cell phone.  Below is Emmie, with a nice new helmet and a new set of figure skates.  She is doing real good at skating since Judy and I left last Nov. 1st. 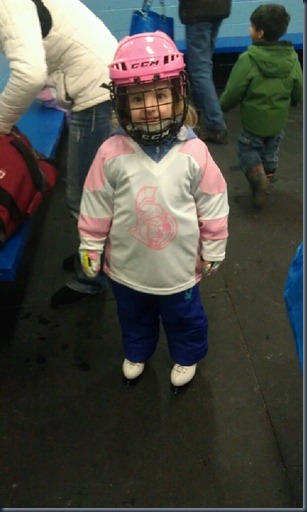 Of course, not to be out done by Her big Sister, Paige below has a nice helmet of her own and a set of “Bob Skates”, if you out there in Blog land can remember them!  They were at the arena tonight, but they would not let Paige on the ice, however Shawn said She enjoyed “skating” around the viewing area of the arena. 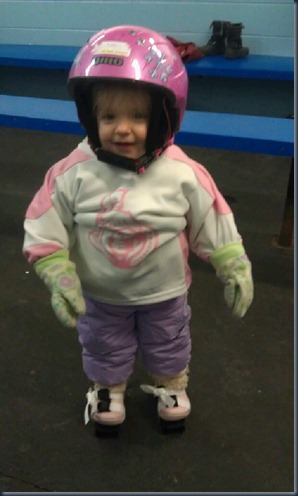 The girls have a blog and I kind of borrowed a couple pictures off of it to show you… below the Girls are all dressed up to attend a Christmas Party at a Dr.’s house in Ottawa. 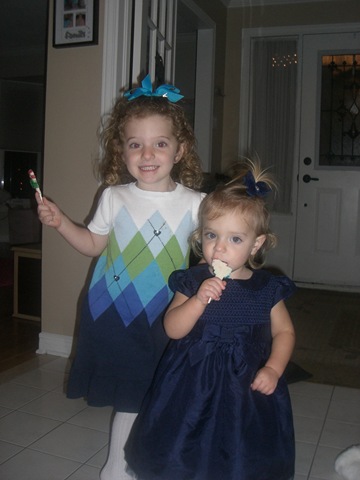 Below the kid’s were off to a Santa Claus pyjamas  party at the Ottawa Hospital where Shawn works.   They had a blast, writing letters to Santa, visiting with Santa, and a bunch of other stuff. Emmie was great visiting Santa, however it was a challenge for little Paige… probably next year! 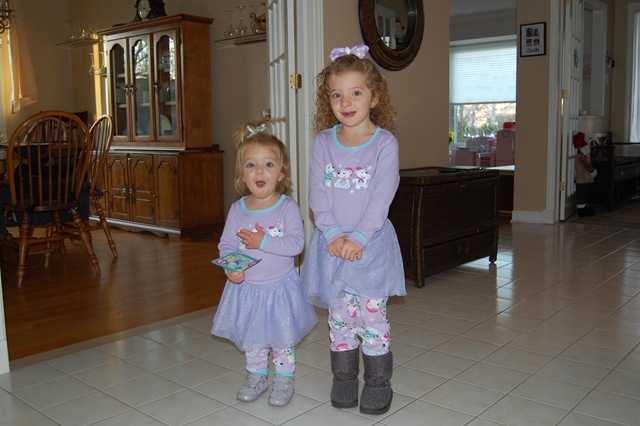 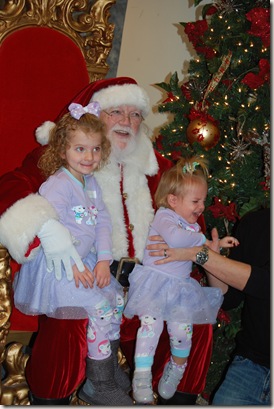 I am sure they all had fun anyways!

Judy and I sure feel blessed to have a great bunch of Grand's… that is for sure!

Posted by The Hollingers at 7:17 PM