Walk a mile in my shoes…

Not much of a day again today… it did not rain much but was kind of dull, however late this afternoon, we had a bit of sun and it warmed up.

We were in Woodstock this morning doing a bunch of little things and met Kristina at Zellers for lunch in their little restaurant… they serve all day breakfast and it was good!

This afternoon we had a great skype conference with Shawn, Jenn, Emmie and our Star… little Paige.  When we were there a week ago she was on the verge of walking, but refused to let go of the furniture.  Not any more… over the weekend she started walking… you go girl!

This was taken off of the skype conference call… you have to love technology!  It is a bit blurry as she is walking at 100 miles per hour! 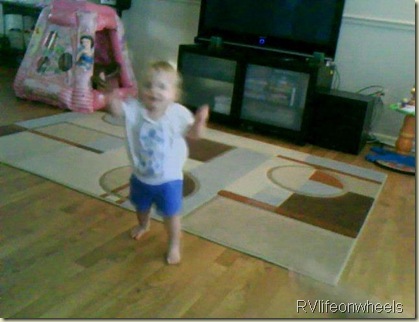 This afternoon I took Cali over to the Purina Dog Park again, and we had a blast.   She met a pure bred Siberian Husky, “Jasper” at the park, and the two of them thought they had cornered a squirrel up a tree… They would not give up for about 15 minutes on this squirrel… they even started to climb the tree! 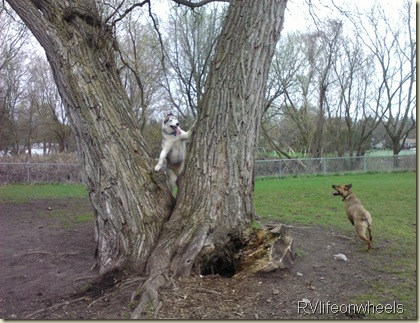 The two dogs became instant friends right after they smelled each others butts… and then spent 1/2 an hour chasing each other around the park. 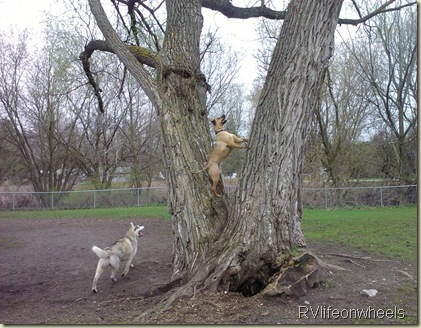 Posted by The Hollingers at 8:30 PM