Hockey Night in the Desert!

We had a real busy day on Saturday, and I waited until today, (Sunday) to look at all of the 175 pictures I took and decide which ones would make it to the blog. I came up with my list, however the blogger program is giving me grief tonight, and I only managed to get a few uploaded, and have decided to give up for the night. So here is what you get!


We started out early on Saturday by heading out for Phoenix. It was a beautiful morning, and the forecast was sun and 25 degrees... it did not disappoint!

Just a couple miles out of Yuma we had to run the gauntlet set out by the U.S. Border Patrol. They let us right through, but we were delayed a bit.

We made it up to Phoenix in good time and decided to go and visit South Mountain Park, which is a park inside the city limits of Phoenix. You climb the mountain in your car, or on your motorcycle, or your bicycle, or your running shoes, and we watched people use all these methods. It is just over 5 miles up to the summit, but it is worth it. You end up with a commanding view of the valley that Phoenix is built in, and is protected on the south and north sides by mountains. You have to be here to see it. Never come to Phoenix without going up South Mountain! Never!

On the way into Phoenix you pass this monster prison. Big in every way, and on the way home it was all lit up. 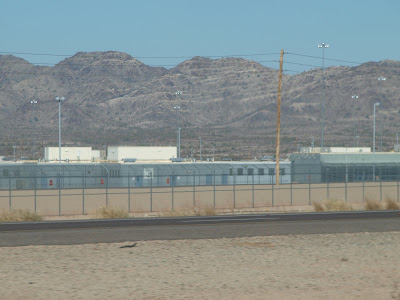 We passed this saguaro cactus on the way, and I managed to get a picture of what they did to it! For some reason it is braced. We found a few like this. I think it was rotting at the bottom, and they brace it up until the plant is able to rejuvenate itself and support the entire plant again.... sounds good right!

Anyways, pretty good camera work as Johnny was flying at about 70 miles per hour and I took this out the side window on the fly! You need a real fast shutter speed to do this... 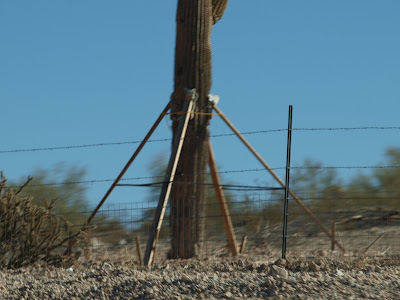 As we were driving along Johnny said "Hey, look at the cotton field!", so of course I grab the camera and fire off another shot in the dark! 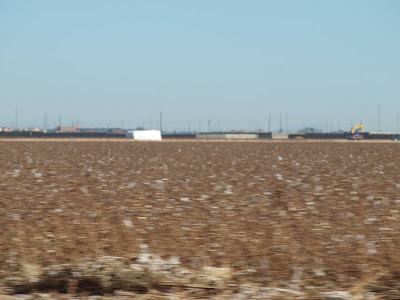 This next picture is part of the chain of mountains south of Phoenix, it was one of the larger ones.... 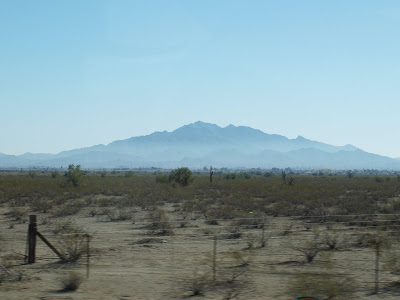 This picture is the road you take to start the climb up South Mountain. You can see all the TV antenna's and radio and cell phone towers at the top. 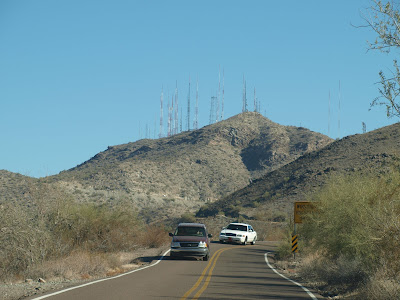 At the summit, you will find this lookout, which is called the Dobbins Lookout. Thousands of people have made the trek up here and all were rewarded with the view 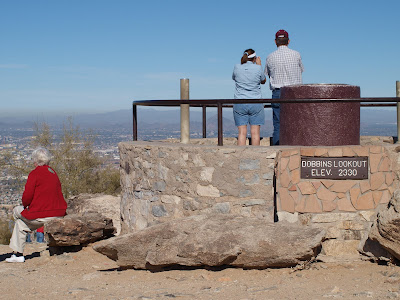 This is one of the pics I got up top, you can see the downtown portion of Phoenix off in the centre of the picture. There was no cloud cover on the day, but there was some brownish smog over Phoenix... :-(( 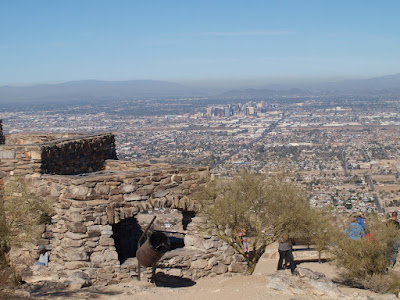 Pat wanted here picture taken with a cactus! Judy took this one. 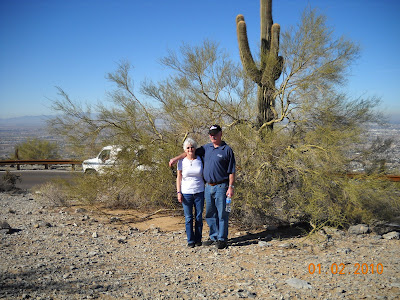 This is a view of a nice red mountain on the far side of Phoenix's Airport... 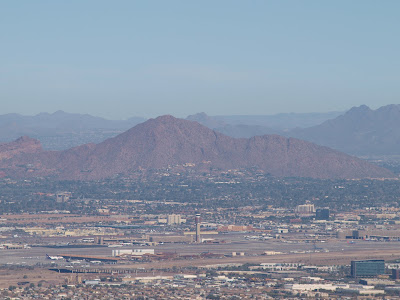 Pat grabbed my camera and shot this picture looking north west up the mountain chain that protects Phoenix on the south side! 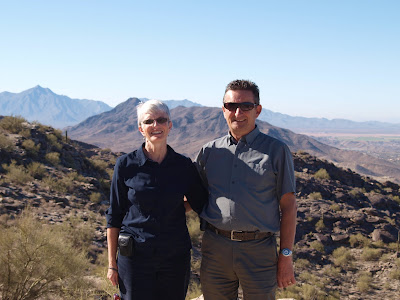 John and Pat taking in the view from up top! 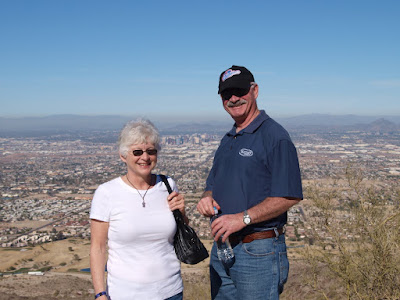 You can use the camera's auto timer and end up with a picture with everyone in it! 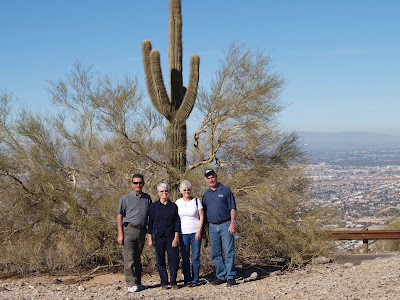 I got out my super tele-photo lens and took and picture of downtown Phoenix with an airplane directly over the downtown if you look close.... it is on it's final approach to the airport for a landing.... yes, it made it! 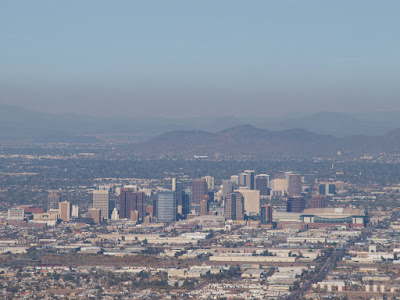 Here is Johnny taking a break and inspecting the stone building on top of the mountain. People like to climb all over it... 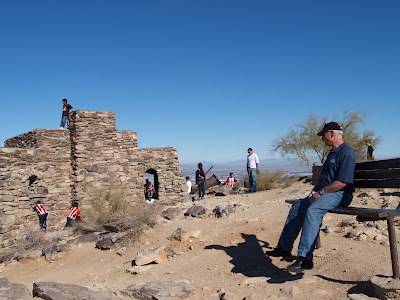 This picture is one of my favorites of the mountains, and will end off the blog for tonight! Bedtime is near. It is looking west from up top!

Tomorrow I will post some pictures of the hockey game we went to Saturday. It was a blast! Computer will not co-operate tonight! 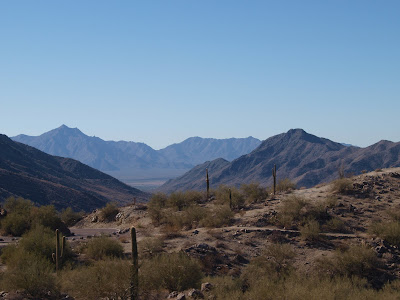