Well, we have lived in Alliston, during Potato Festival, and we lived in Gravenhurst during "Steamship Days", and over the years have attended all kinds of Festivals, but never do I remember going to "Lettuce Days" in Yuma, Az. However, this area is certainly the Lettuce Capital of the world! It is growing everywhere, and all different kinds!
The days started with nothing but Sun, and that is the way it ended, nothing but Sun....love it! We started the day by going to Church this morning which was excellent.... Judy took a pic of the Church for you....It is a Lutheran Church and is only a 5 minute drive from our Resort. 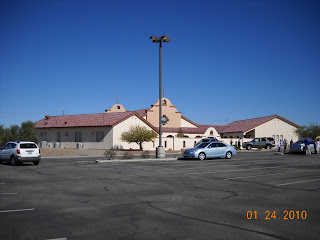 After Church, we stopped at Jack in the Box, for a nice lunch, well, it was actually one of their breakfast Items... called a "Denver Bowl", but it was real good and filled you up. We then headed the 10 miles into Yuma to attend "Lettuce Days" which was going on in what they call "Old Yuma". It is down by the "Ocean to Ocean Bridge" and is close enough to California, that you can throw a stone and hit one of the "Beach Boys"... 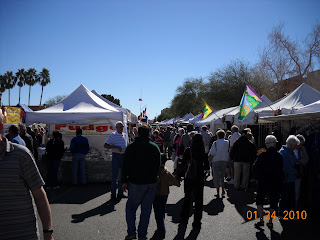 The Festival was packed with people.... couldn't believe it! Very well attended, and as you can tell by the colour of the sky, it was real hard to take walking around to all the booths... 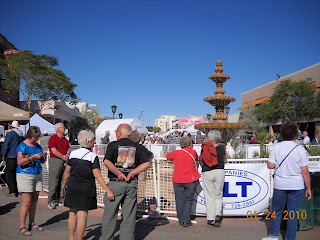 This gal was dancing to "Bollywood" type music, she had all the moves and drew quite a crowd... 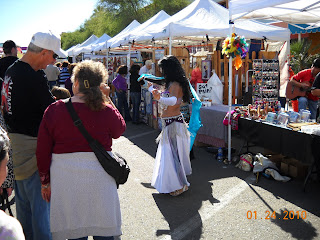 There was lots of booths that sold these brass type items of art.... they were nice, this one was quite large, and would mount on your wall... 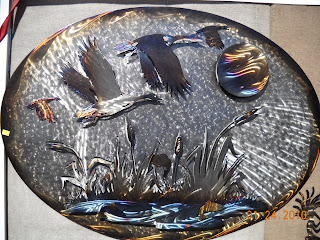 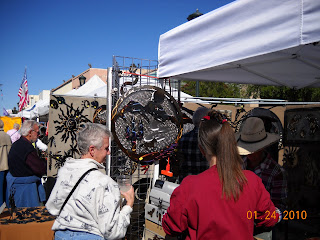 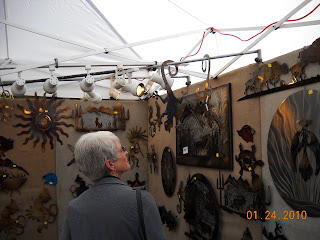 These next two pictures are for our Daughter, Kristina, who just loves sheep! The Yuma 4H Club was at Lettuce Days, and apparently brought their sheep... not quite sure why???? 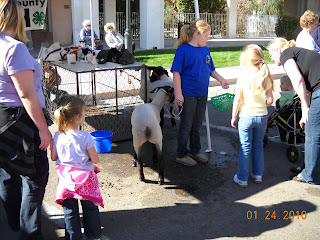 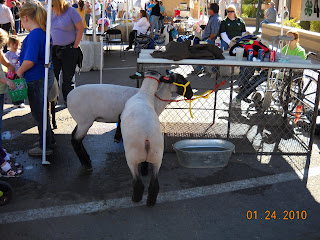 And at the end of the Main Street, there was a huge Crane and they had the Stars and Stripes flying proud! 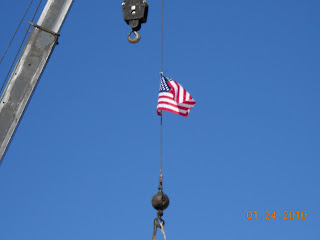 We carried on shopping down at the Arizona Market, and finished by doing Groceries at Wallmart.... after all that we had to go to the hot tub of course!

We met a nice couple from Germany in the hot tub, and they spend six month of winter in the U.S.A. and then 6 months at home in Germany. They bought a big pick up and a 5th wheel trailer.

Tomorrow we may head up to Quartzite, which is where all the RV's accumulate over the winter to see how things are going up there.

We only have a few days left in Yuma, as we head out to Tucson on Friday morning!