Never posted a blog last night, as we stayed at Disney quite late, enjoyed a nice dinner with Garry and Shelly when we finished at the Park, and then we drove back down to Winter Haven. Busy day!

We had simply a terrific day with Garry and Shelly enjoying our time at Disney. The Hollywood Studio is full of all things Hollywood, and I imangine most readers tonight have made it to this Studio at one time or another. There were quite a few people in the park yesterday, but we did not have to wait long for any of the major attractions.

The first attraction we took in was "The Back Lot Tour", which gives you a great idea of how they make all those great action scenes we see come to life.

I am going to start tonight with a video, now if you are in a hurry you might want to by-pass the video, as I think it is over 30 seconds... but it is quite entertaining! You take a train ride at the Park, and they take you on this set where you see a Gas Tanker, and other things, and then all of a sudden all ____ breaks loose! Check it out!

That ride above was a blast to say the least! I enjoyed!

Now I posted the picture below for a purpose! This is for our son, Dr. Shawn. I just wanted to show you, that they still sell the Goofy Hat with the big ears! 26 years ago we were at Disney and Shawn got one of these hats and we could not get it off his head for about a week! 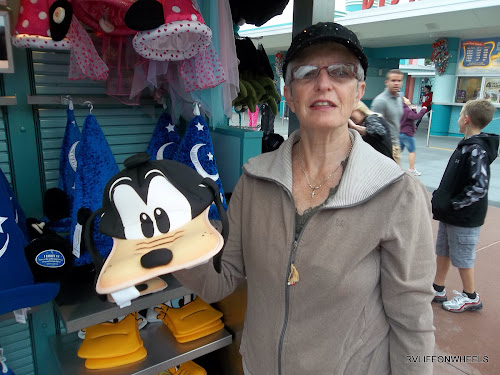 They had lots of props on the Back Lot Tour, including one of the planes used in the making of the movie, "Pearl Harbour", which was a great movie. 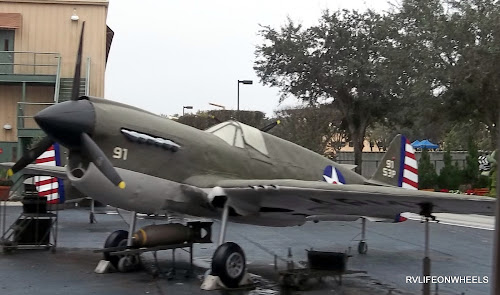 Below Garry is busy checking out our Park Map trying to figure out what attraction we will go to next! Shelly is playing photographer, and Judy is doing a "Goofy"... 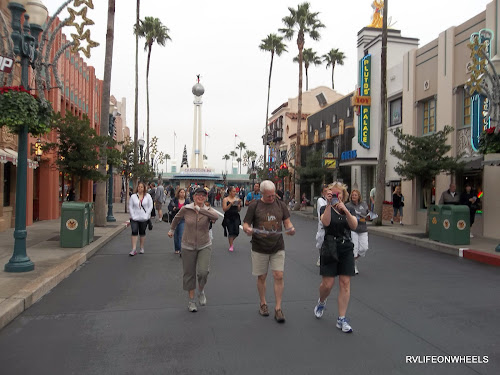 One of the attractions we went to was "Indiana Jones"... now everyone has watched at least one of his movies at some time... This was a live performance... and it had a plot of the bad guys chasing Indie of course, and Indie was trying to escape with the girl in the plane you see below... Well! 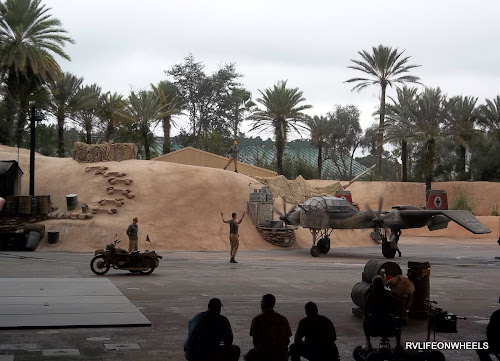 Before you know it... there were all kinds of explosions... fire... machine guns going off... you name it! It was very loud! Of course Indie made it through and saved the day! 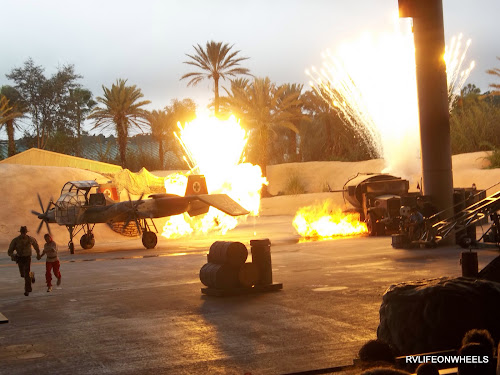 Of course it is Disney, so there has to be a Parade! They had a good one! Buzz Lightyear started it all off! 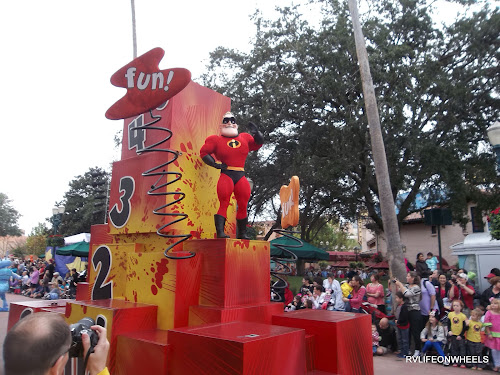 Now, many thanks to readers who quickly identified the Broom Sticks and Mops in the blog 2 nights ago, as coming from the movie Fantasia! So, maybe some of those readers can help me out again tonight...I do not have a clue who these characters are in this picture below... they were in the parade, so if you know, leave a comment please! 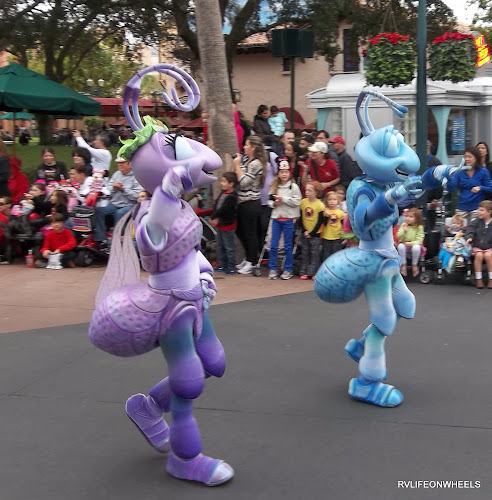 Ditto for this thing below in the pic... I don't have a clue, and I am starting to feel left out! 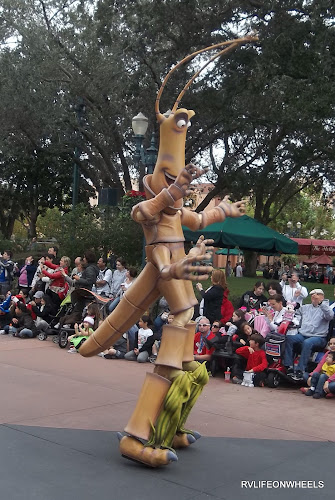 Overall a great parade, and everyone there really enjoyed it! 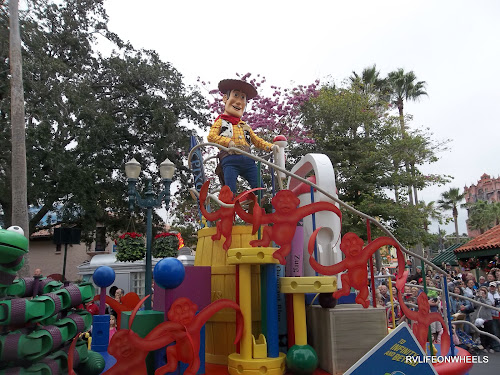 At the end of the day, we went to the area that looks like New York City, and had to check out the Christmas Lights they set up... incredible to say the least. I have NEVER seen a display like this in my life! 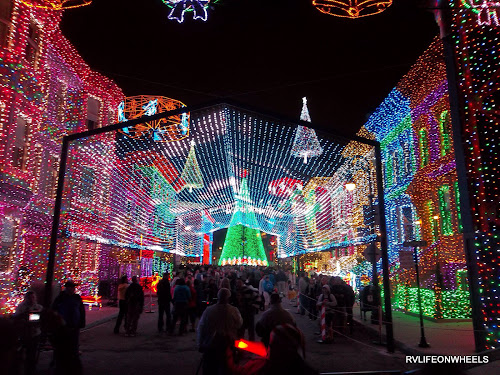 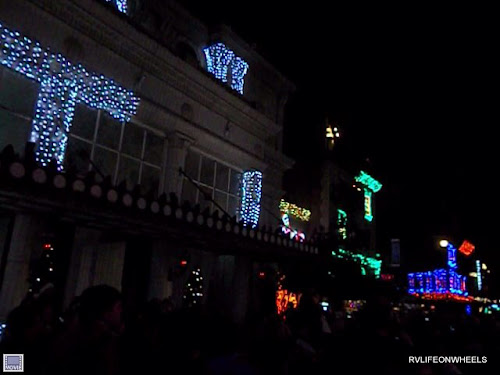 It is hard to show you a good picture of these lights, so I took a short 10 second video below you can take a peak at and get a better idea!

Sure was a great day we enjoyed with Garry and Shelly! They are staying there until Monday, and then will fly back to Ontario.

Today was a do not a whole lot type day... just catching up with life again! We got to say good bye to Frank and Patsy this morning, as they loaded up their 5th wheel and headed back to Ontario! They did a great job of spurring on the local economy while they were here!

Tomorrow we are off again... more to do over in Tampa area!

Posted with Blogsy
Posted by The Hollingers at 7:03 PM