Well, after all my hype for the new NHL Season yesterday, my Leafs did not fare so well against Montreal, losing 4-3. It was a good game overall, but Montreal just out played my Buds. We will get them next time!

Nice day here today, with the sun finally making an appearance for most of the day... I was into Canadain Tire this morning, picking up a new trailer hitch for the Cruze that I had to special order about a week and a half ago. The original list price was $180.00 for the hitch, however, by the time it came in, they had gone on sale for $140.00! Bonus, as Canadian Tire just gave me a refund, no questions asked. 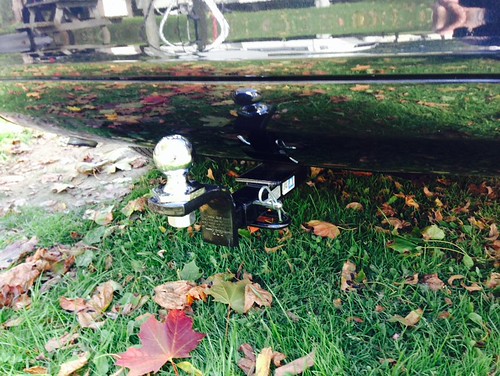 This is a Class 1 hitch for the Cruze, the only one they make. After you remove the ball you see above, the hitch is pretty much invisible on the car. The Cruze, as you can imagine, is not a real stump puller of a vehicle. You can only pull about 1,500 lbs with the car, and these hitches are good up to 2,000 lbs. It only took me about 30 minutes to install this unit myself. I had found a nice Youtube Video of a guy installing this hitch on a Cruze, and thought to myself, hey, I can do that. It only ended up taking me about 30 minutes to fish the 4 bolts into place on the frame of the car, and then lifted the hitch up into place and attached the 4 bolts. Canadian tire wanted one hour of labour to do the install, costing $100.00 plus taxes... so saved a little bit today doing it myself. 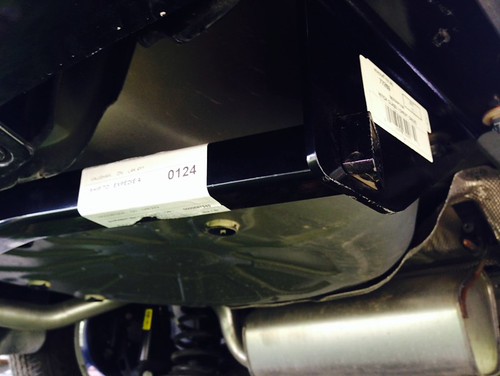 Kind of hard to get good pictures of the install, but the one above gives you a bit of a view. I was surprised, that after owning the Cruze for over 3 months now, it still looks like new, and is real clean yet underneath. The one thing you do need, is a set of car ramps to put the car up on for this install. Chris has a great set of plastic ramps that did the trick this afternoon. The hitch only weighs 29 lbs and I was able to hold it up in place and secure it to the car myself, while Kristina was supervising from the sidelines. It was a nice sunny afternoon, great to work outside, and nice and dry!

We will now purchase a new bike rack that will carry our two bicycles on the back of the car, as you can get a bike carrier that will use this new hitch as a base. Nothing touches your car as you carry the bikes. I liked this option, over putting the bikes up on a rack on the roof of the car. We will also pick up a small utility trailer, that will allow us to pull our kayaks, and various other sundry small items.

No Tom, I cannot be pulling your 40 foot 5th Wheel down to Florida for you!

Posted with Blogsy
Posted by The Hollingers at 8:50 PM