This morning as we were enjoying our coffee, we received a text message from Judy's Brother Howard, and Teri, who were driving by on their way to the Plunkett Car Show over in London for the day....

A few texts later, and Judy and I were loading up to go and join them, as our agenda for today was a little thin anyways! Turned out to be a good call.

Steve Plunkett owns the property where the show is held each year, and has a fine collection of older Cadillacs that he keeps in a couple dream garages. He opens them up for the show. Also, all admission and parking fees go directly to a combination of 35 local Charities! In case you are wondering where Plunkett got all his money, apparently his Father owns the patent on the birth control pill. 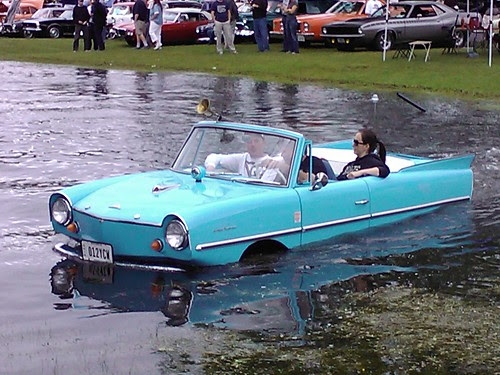 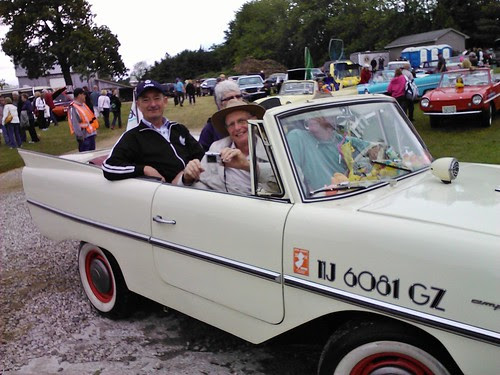 Told you we did ! 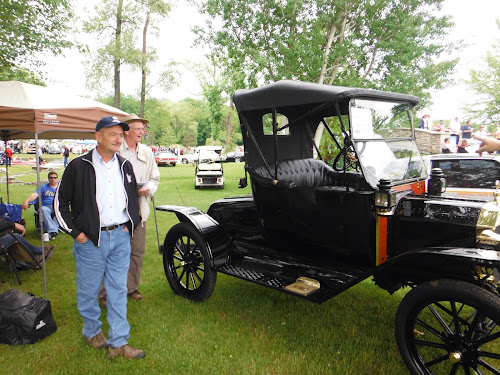 We walked around most of the day enjoying hundreds of different cars on display. 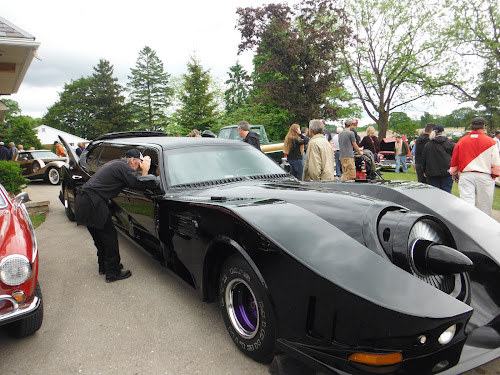 Heck, even Batman was there... 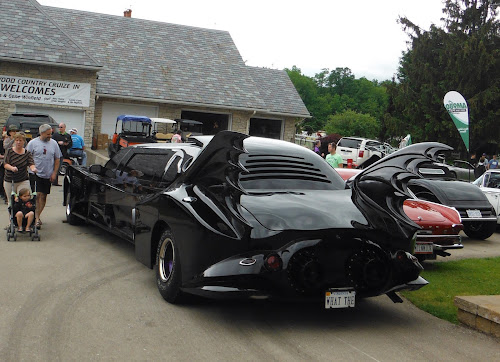 Some people have too much money... 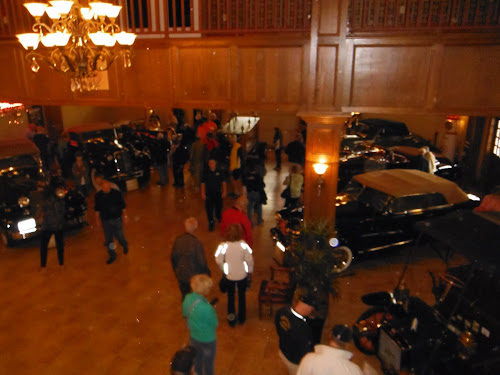 Yes, this is part of the collection in the garage above, complete with chandeliers! 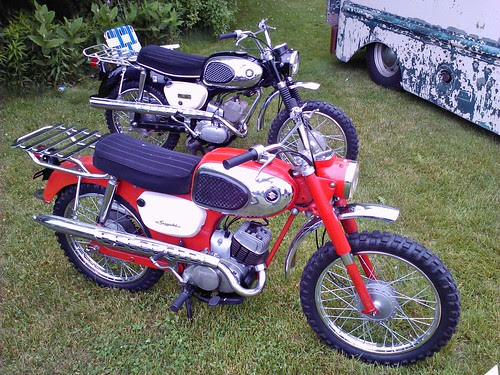 They even had a couple old antique Suzukis here... I had one just like the black one when I was a crazy teenager! What a blast it was! 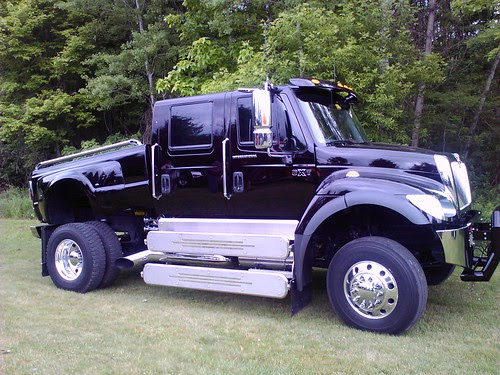 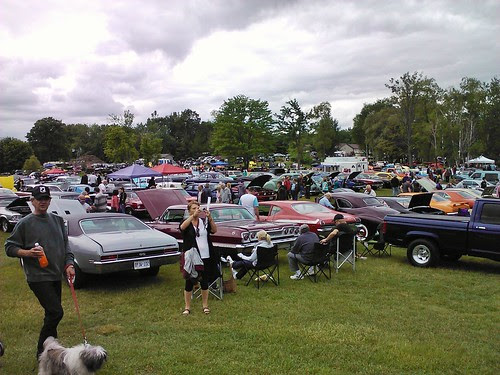 Part of the show above... 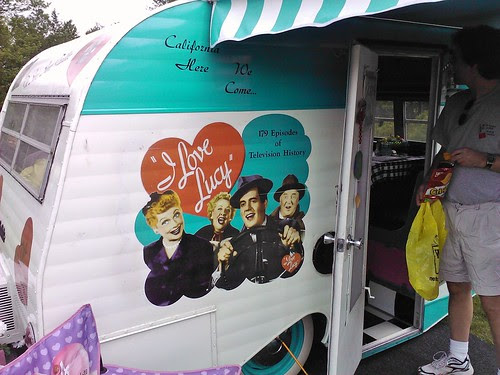 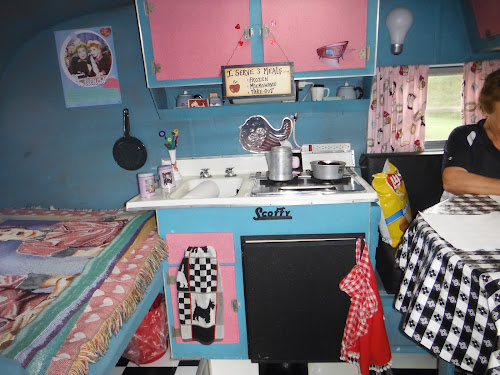 This is a small travel trailer done up in the "I Love Lucy" Theme... kinda neat! 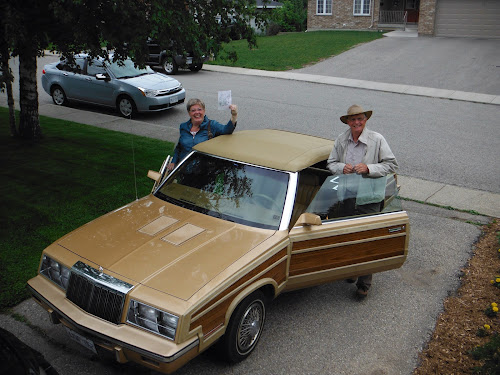 Howard and Teri came over in their Crysler Le Baron - the woody model!

We ended up having dinner with Kristina and Chris, who put on a fine Lasagne Dinner for us, and it gave Howard and Teri a chance to meet Charlie for the first time!

Posted with Blogsy
Posted by The Hollingers at 8:29 PM