We were on the road this morning, a quick 93 mile run over to Sarasota to visit Judy's Brother, Howard and wife Teri. They have rented a Park Model Unit in a Park. 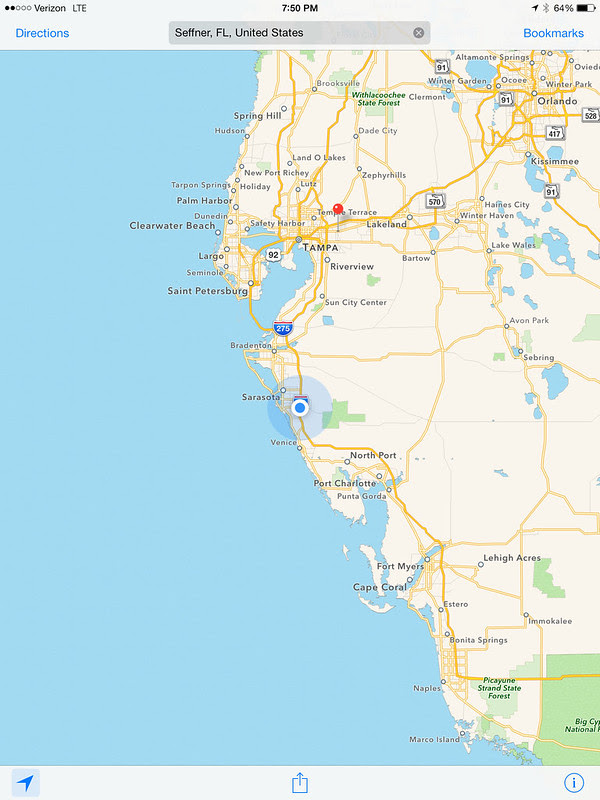 The blue ball off the iPad shows you we are just south of Tampa on the Gulf of Mexico.

What else to do, but take a run down to Venice Beach! 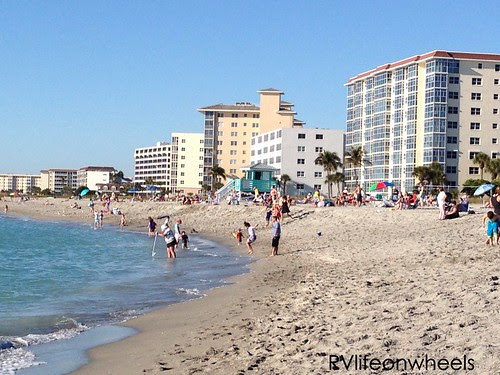 What a beautiful day we had for President's Day! Lots of people on the beach today.

Now this is a bit crazy, but above is a screen shot off a video I took of a stingray breaching in the Gulf! He breached 5 times in a row...could now draw the iPhone fast enough! The video did not really show the stingray...just not fast enough. 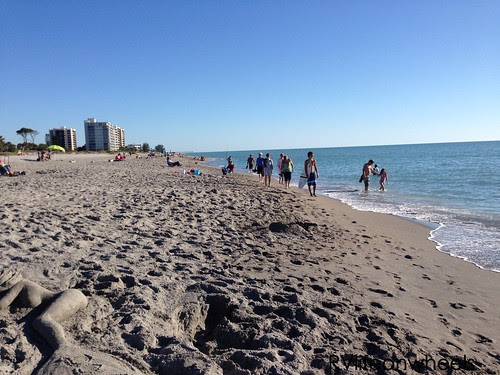 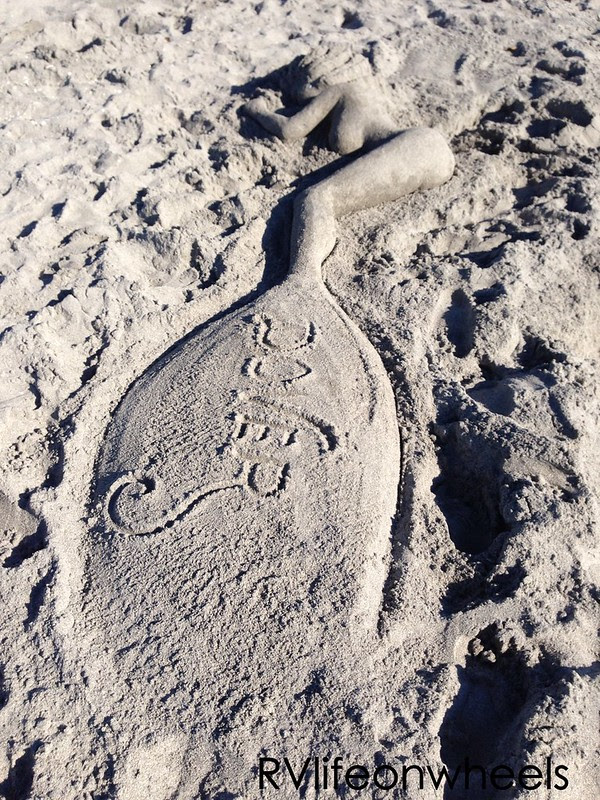 This Mermaid was just lying on the beach all afternoon! (It took the artist 1 hour to create it) 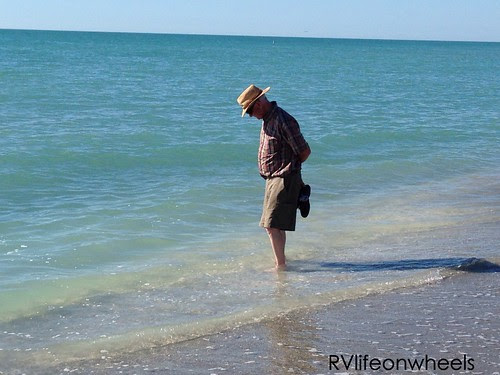 Howard was on a mission to find the elusive shark's tooth... 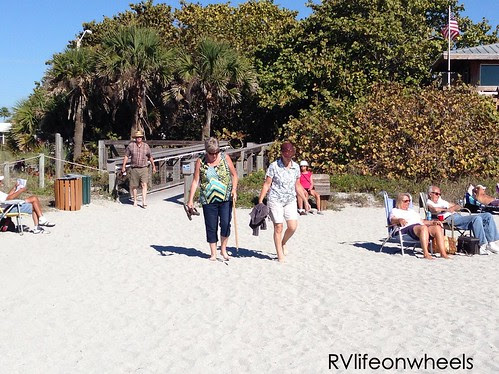 Judy and Teri were after Shark's teeth as well... They did find them! 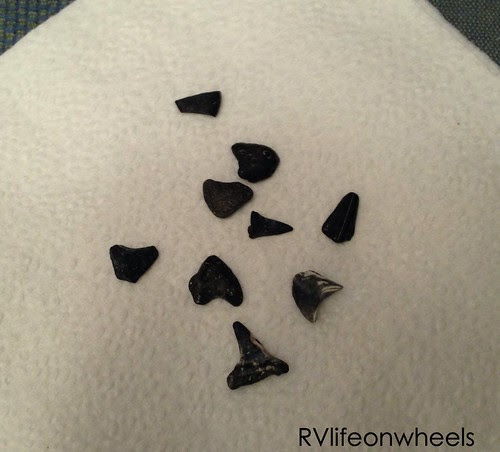 You can sell these things here to tourists!

Had a great day! But what better way to get around other than a convertable PT Criuser!

Posted with Blogsy
Posted by The Hollingers at 8:08 PM