The Battle of Bowlegs Creek...Fort Meade.

It was such a beautiful afternoon here, with temps in the high 80's, we decided to head over to Historic Fort Meade, about a 1/2 hour drive west, and take in the Battle of Bowlegs Creek. 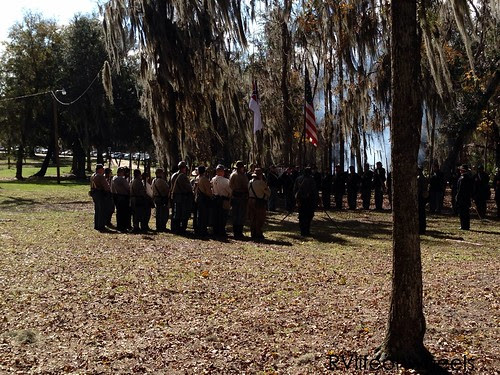 Above is the opening Ceremony for this re-inactment. There were probably around 75 to 100 Soldiers that made up both Armies... which is close to the actual numbers in the battle.

The Union Forces led the attack, with the aim of cutting off the supply line for the Confederate Troups food supply, (Beef) and it worked. 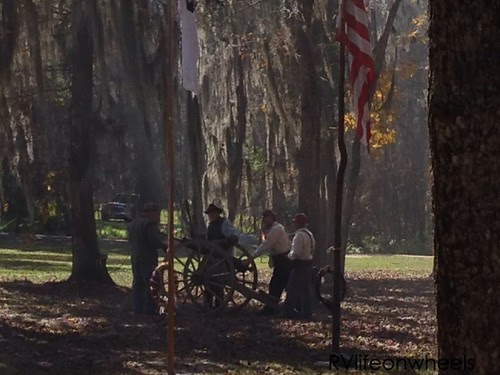 This Battle took place where the Bowlegs River meets the Peace River. Just last week we had our kayacks in the Peace River, but did not have to dodge any bullets thankfully!

You can check out the video above, and it show you a bit of what was going on. These actors go all around to do these re-inactments and it becomes an expensive hoby for them so we were told. 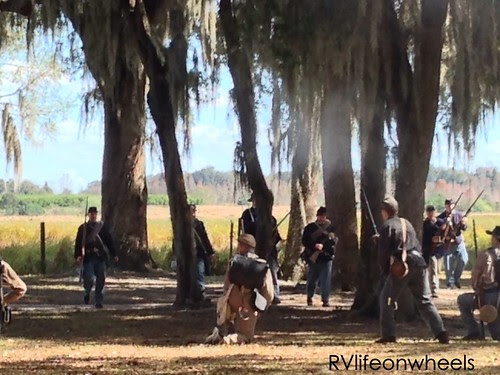 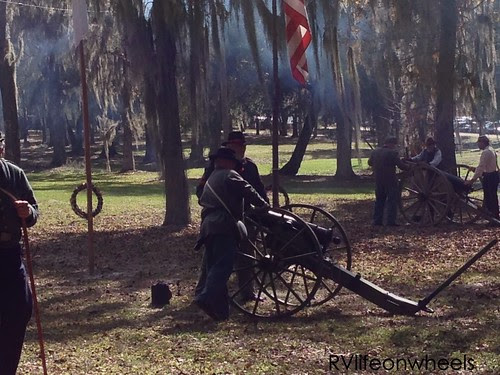 They had five or six of these canons, and they were pretty loud! 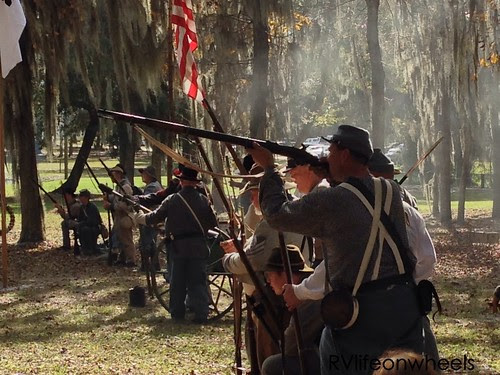 They gave you a very good idea of what it would be like in the Battle, and I don't think I would have wanted to be there. Only about 15% of both armies were killed in this action due to guns that were not very accurate, and fighting that did not last long... today's battle was about 40 minutes long. 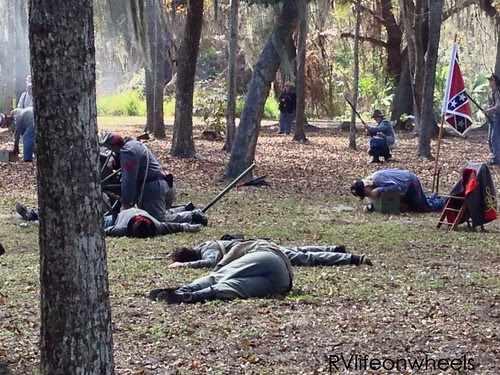 Casualities started to add up...

This event is sponsored by the Fort Meade Chamber of Commerce, and they spent time explaining what was going to happen and why... very well done, and I am glad I attended. 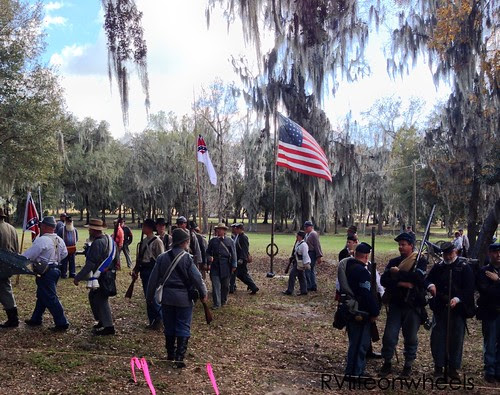 Thankfully, everyone got to go home today after the Battle... another U.S. History Lesson in the books.

Well, we are off to a Super Bowl Party at our Resort! It will be warmer here that at the actual game!!!

Posted with Blogsy
Posted by The Hollingers at 5:01 PM